Given any governmental system, legal system, regulatory system, corporate system, set of organizational rules, or set of international agreements; people will find unexpected ways to exploit it to their advantage. “Show me a 50-foot wall,” said Arizona’s governor Janet Napolitano, speaking in 2005 of preventing illegal immigration at the US-Mexico border, “and I’ll show you a 51-foot ladder.”

Can we predict “51-foot ladders” in advance? Can we stress-test policy systems to find out their weak points? How can we protect against exploitation in the future? These questions are important: nearly all the financial crises of the last 2 decades were caused by a few people exploiting or “gaming” the system to their own advantage. 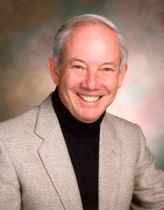 W. Brian Arthur is a leading economist and technology thinker. He is well known for his pioneering theoretical work on positive feedbacks or increasing returns in the economy, in the science of complexity, and in technology. He is one of the founders of the Santa Fe Institute, and has served many years on its Science Board and Board of Trustees.

Arthur has been Morrison Professor of Economics at Stanford, and Citibank Professor at the Santa Fe Institute. He holds a PhD in operations research from Berkeley, along with other degrees in economics, mathematics and electrical engineering. He is the recipient of the Schumpeter Prize in Economics in 1990, the inaugural Lagrange Prize in Complexity Science in 2008, and two honorary doctorates. His books include Increasing Returns and Path Dependence in the Economy (1994); and The Nature of Technology, What it Is and How it Evolves (2009).

Scroll back to top